In Scotland the bees produce two distinctly different honeys during our relatively short Spring and Summer.

Scottish Blossom honey is produced from April until mid July when the hives are sited in small groups on lowland farms and woodland. The bees are free to forage on the diverse range of flowers blooming on trees, hedges and fields. During this time they are valuable pollinators on farms and the wider countryside and are particularly valued by soft fruit farmers. This diversity of flowers gives us our Scottish Blossom honey which has a sweet floral taste.

Scottish Heather honey is produced from mid July until the end of August. The heather only flowers for about six weeks and all the hives have to be moved into the glens during this period. The hives are situated in amongst amazing unspoilt heather moors surrounded by millions of flowers. The nectar from heather flowers produces a very distinct honey. It is darker, thicker and has a strong fudge or toffee like flavour, perfect on toast or as a flavouring in yoghurt, ice cream or as a glaze on meat.

None of our honeys are pasteurised and they are filtered to the organic standard so that we can retain the pollen, enzymes and proteins which naturally occur in honey.

Research by FERA and Strathclyde University has shown that heather honey has significantly higher amounts of manganese, antibiofilm and antimicrobial activity than other honeys which lead to positive health benefits. 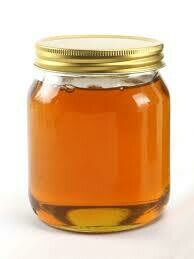